Warning: "continue" targeting switch is equivalent to "break". Did you mean to use "continue 2"? in /home/blounp/wanderingfoodie.com/wp-content/plugins/jetpack/_inc/lib/class.media-summary.php on line 87
 Interview with Tom Pizzica of Outrageous Food
≡ Menu 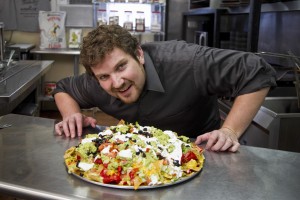 I gotta tell you, Iâ€™m really looking forward to Outrageous Food with Tom Pizzica. Not only because Iâ€™m in one of the episodes, but because Tom was the guy I picked to win The Next Food Network Star before day one, and heâ€™s a really nice guy. The other thing is that this show isnâ€™t one of those cookie-cutter Food Network shows where someone stands behind a counter and tells stories about people you donâ€™t know or care about. In Outrageous Food, Tom explores new and interesting places, meets the people behind the food, and learns their stories. Itâ€™s going to be a show worth checking out.

I watched the sizzle reel, and I have to be honest with you, the thing that smacked me in the face was the quality of the intro. Remember the Dancing Baby? It looks like the same guys that did The Baby also did the intro for Outrageous Foodâ€¦ maybe a few years before they perfected the baby.

Hereâ€™s a couple excerpts from my interview with Tom. 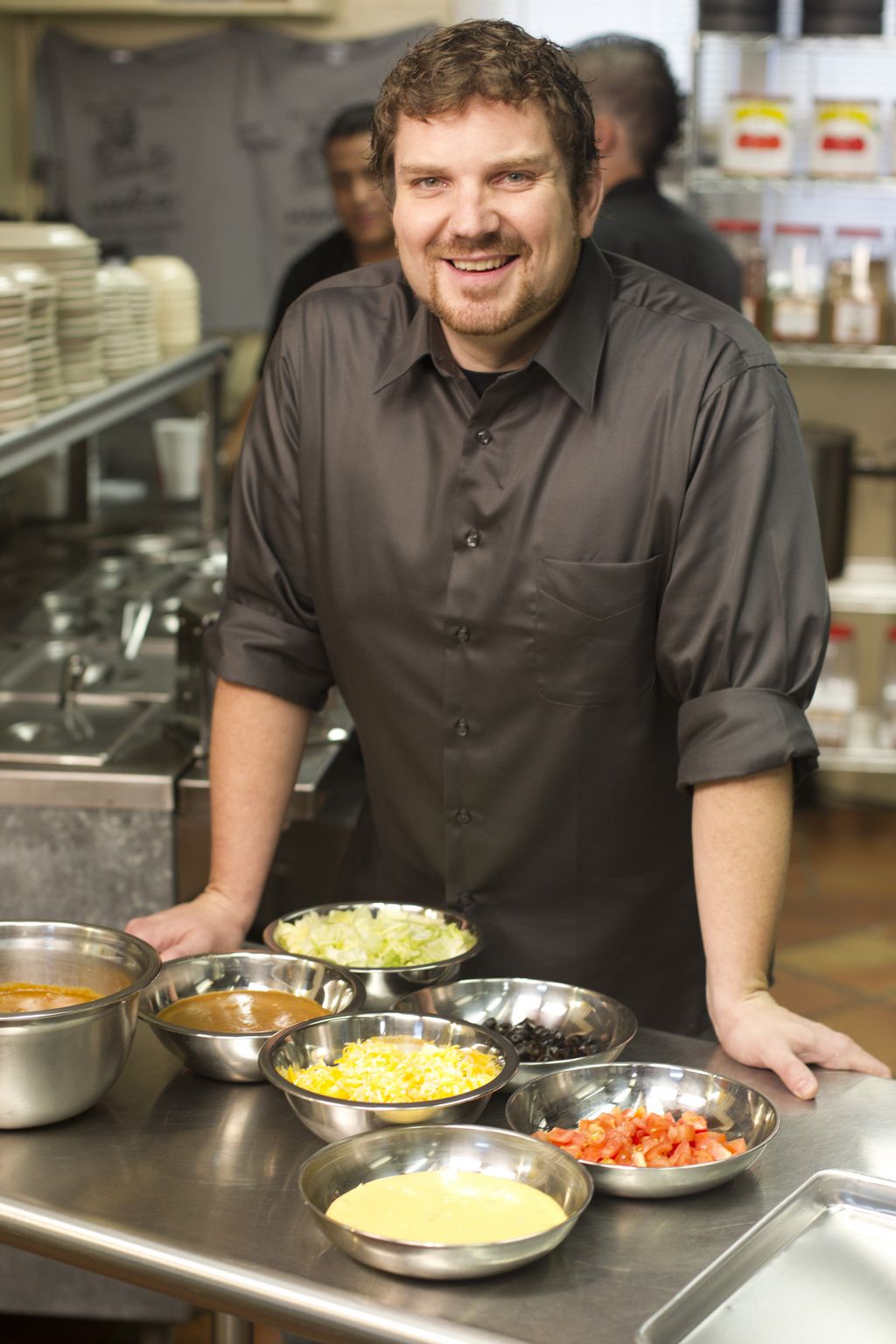 What was the most awkward moment of your first year of food stardom?

I donâ€™t know if there were really any awkward moments. Everyone who we went and saw, every place that Iâ€™ve been, everybody has been amazing. Weâ€™re doing some of the craziest stuff out there â€“ a $175 hamburger, we were in Texas on a Chuck wagonâ€¦ and you saw what we did at the Chip Shop. Itâ€™s a different take on a cooking show. Iâ€™m not just sitting there making recipes, Iâ€™m in the kitchen with someone who thought it was a good idea to put a one hundred and five pound burger on the menu, talking about the challenges of making it and trying to figure out what was going through their head when they came up with this crazy stuff.

You saw The Next Food Network Star; this just goes along with my persona – big, boldâ€¦ just goinâ€™ for it. You got an idea? Just try it out and see what happens. Everyone that I meet has gone through the same processes; through a lot of trial and error to bring these ideas to life.

But no, I didnâ€™t accidentally squirt mustard on anybody or slip and fall in a walk-in, so no; no real awkward moments. 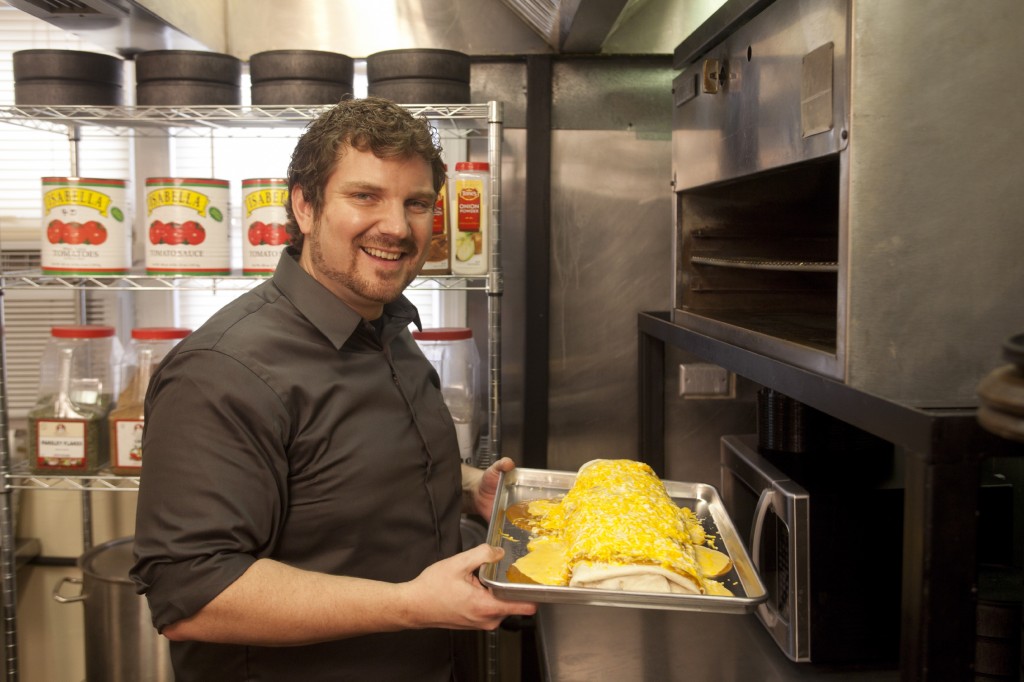 How was The Next Food Network Star?

The Next Food Network Star really taught me how to be Outrageous Food. It taught me how to be on TVâ€¦ it was almost like TV boot camp. Learning from Bobby, Suzie, and Bob, heeding their advice really got me to where I was ready to manage my demeanor in front of the camera.

I got to the taping of the first episode of outrageous food and I was like, â€œThereâ€™s nobody here to tell me what Iâ€™m doing wrong or what Iâ€™m doing right. I have to use everything Iâ€™ve learned from TNFNS and apply it right now or I am just going to be wasting everybodyâ€™s time. If I didnâ€™t do TNFNS, I donâ€™t think it would be possible to for me to do Outrageous Food.

It was an education that not a lot of people get, and I was so thankful to get it. 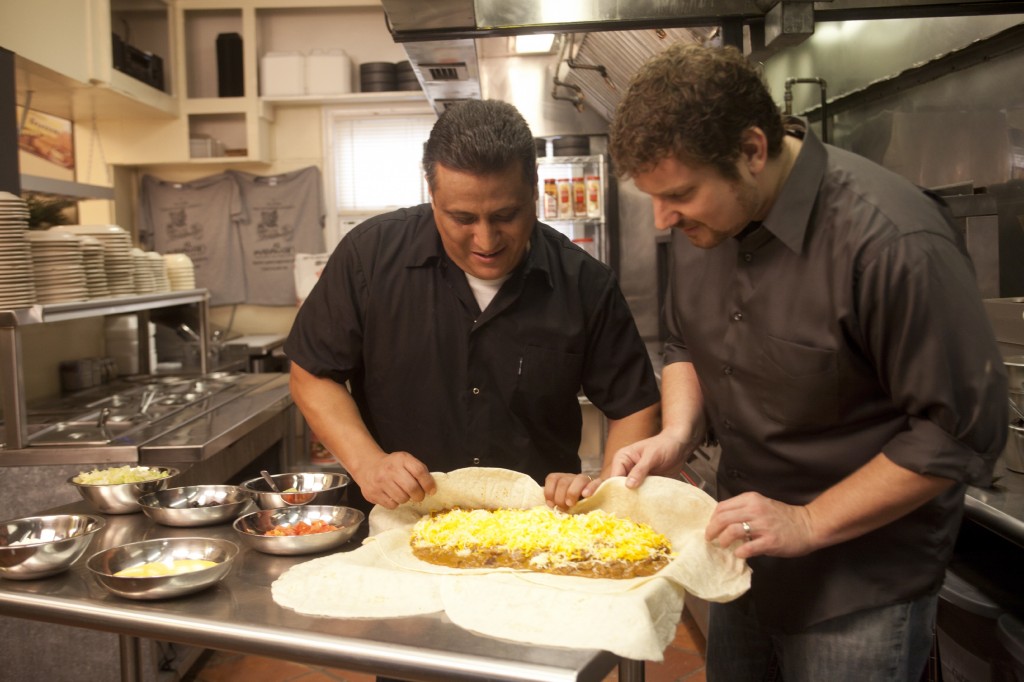 How are you handling the press coverage?

I read it. Itâ€™s funny, I read a couple of pieces, interviews I did earlier in the week, and Iâ€™m thinking to myself, â€œDo I really sound like that?â€ Itâ€™s bizarre to read what you say off-the-cuff without having time to write it down and proof it . You have to have a Google Alert for your name. You know Food Network Humor is out there and theyâ€™re going to be having fun with me, so Iâ€™m going to be interested to read what they have to say, but all press is good press. I know what Iâ€™m doing, Iâ€™m passionate about it, I love it, and I take things with a grain of salt. Not everyone is going to love you. 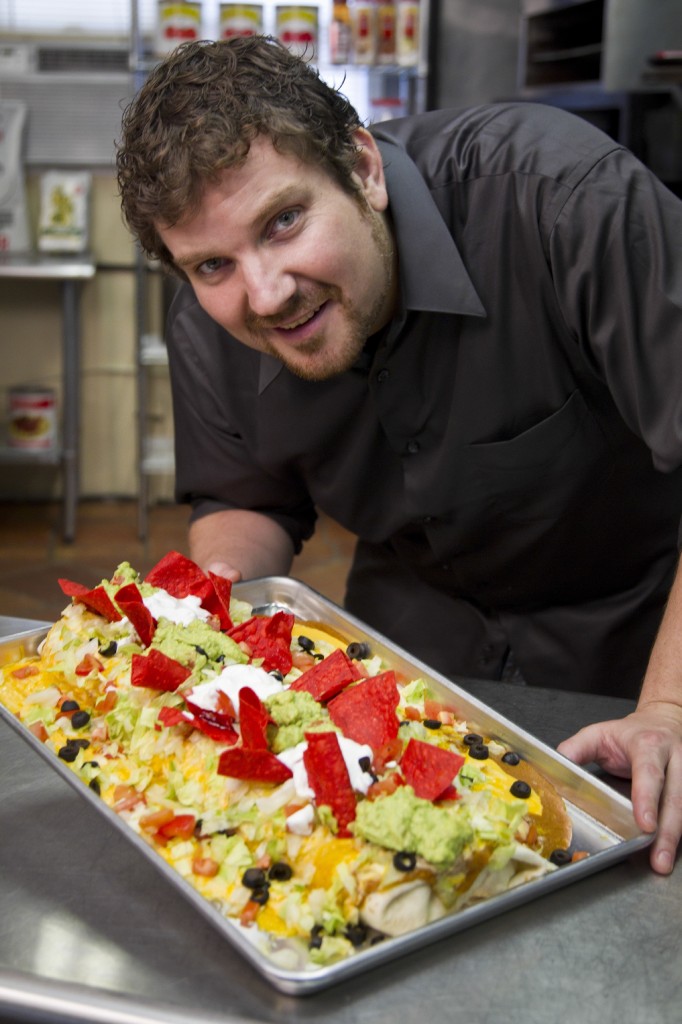 I didnâ€™t really ask any hard-hitting questions here. How are you really going to hold a Food Network hostâ€™s feet to the fire? What does that even mean? Would I ask him questions about Foie? When the bacon craze jumped the shark? Prop 8? If he had any dirt on Tischman? Iâ€™m open to suggestions for next time.

If you check out the Google search for Outrageous Food, my Outrageous Food post is second to Aaron McCargoâ€™s defunct Outrageous Food show. I need to do some research on this, but it looks like they filmed a pilot and that’s it. Tune in to Food Network on April 24, 2010 @ 10pm ET/PT for the premeire of Outrageous Food. I like Tom’s version better.

You canâ€™t not be feelinâ€™ Tom Pizzica. Wide-eyed and grateful for his fame and fortune, I can imagine his star shining for years to come. This venture should prove more successful than Aaronâ€™s foray into Outrageous Food. Tomâ€™s unscriptable excitement around these discoveries will give this iteration longer legs.

Just fix the intro for season 2!