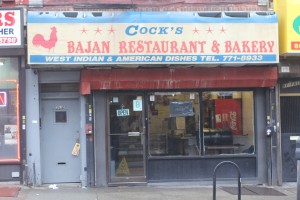 Just wanted to give you an insight on why these posts are showing up in rapid succession when I haven’t posted to this site in six months. The posts are sponsored by a site that has cheap deals on holidays in the caribbean. It’s actually a pretty well done site. Usually, the people who ask me to help out with SEO are gambling sites or something completely unrelated, but I feel like these guys really like my site to tie in with their business as far as culinary adventure goes.

So Barbados has about 300,000 residents and three restaurants in NYC. I wonder how many Bajan (that’s the name for something coming from Barbados) restaurants there are outside of the five boroughs in the US. I’m guessing it’s about the same amount. There’s another one that was closed and another in Harlem – this was the closest one to me, and it’s called Cock’s. If you think I’m not going to make a dick joke here, you’re mistaken. They’re coming.

Yes, that was the first. So what shall we have? 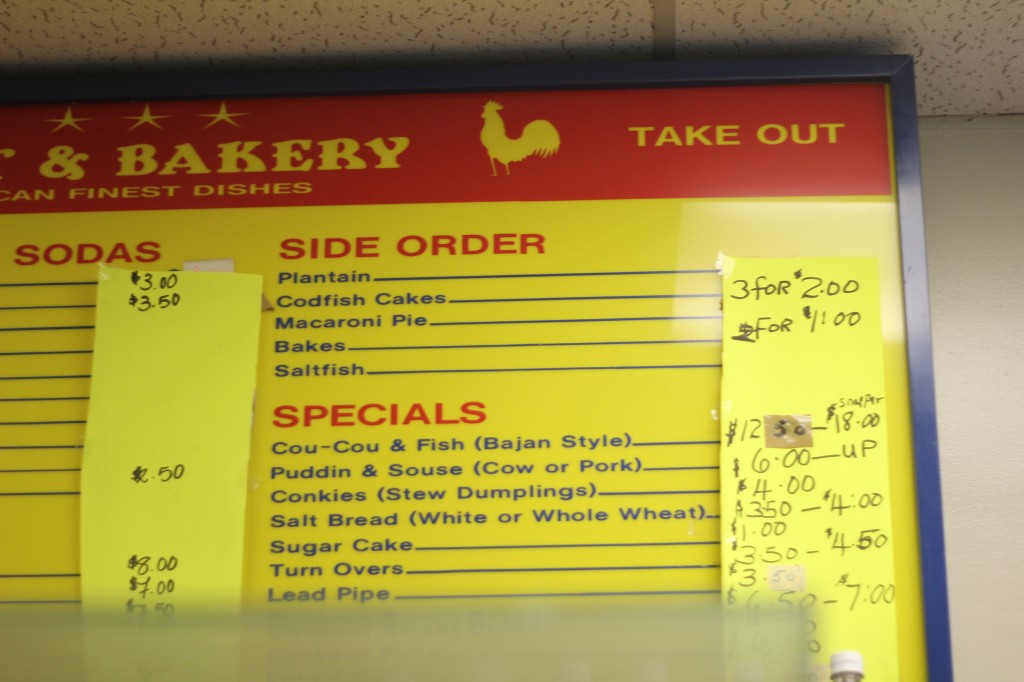 Don’t you just love the places with the new prices over the signs? How much does one of those plastic signs cost anyway? When you’re making the signs in the first place, don’t you ask yourself, “If prices change, you wanna just get all new signs or do you think this inflation thing is just a fad?”

So I ordered what I thought was two things: the Cou Cou and the Flyin’ Fish (you have to say it “flyin'”). Unfortunately, Cou Cou is a starchy accompaniment to the protein, and they decided to bring me two flyin’ fish platters that were exactly the same instead. They didn’t bother to explain to me that I had ordered two of the same thing when it was abundantly clear that I wanted two different things. They were confused about what I was ordering, and I was clear in telling them that I wanted two different platters, but since Cou Cou isn’t fish, they brought me a platter of Flyin’ fish with Cou Cou and a different platter of Cou Cou with Flyin’ Fish. 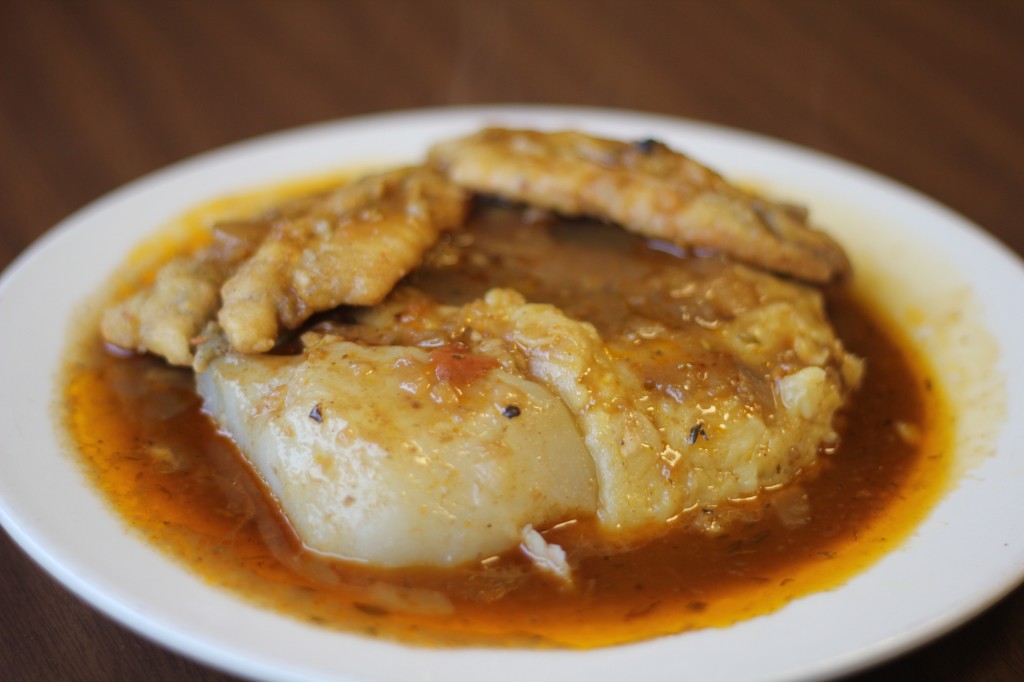 For all the problems in ordering it, it was pretty frickin’ wonderful. The fish was crispy, light… didn’t taste like your standard, salty, overbreaded fish fry. There was a sweetness in the breadfruit that complimented the seasonings of the fish.

After we were both finished with the fish, I persuaded them to give us a bit of Oxtail. You know I love the marrow, baby. 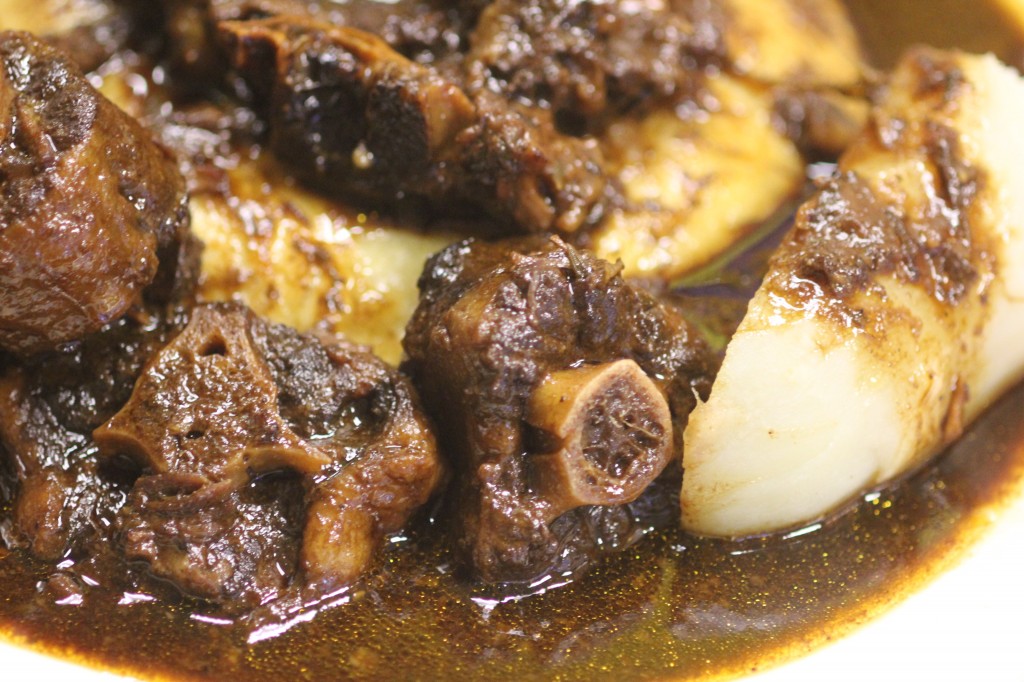 I had to teach Ken to suck the marrow. He was a marrow rookie, sucking the side of the bone. You’ll get no marrow that way. He figured it out and I think he was irritated that there wasn’t so much of it, but that’s what you get. A little marrow goes a long way, in my book. 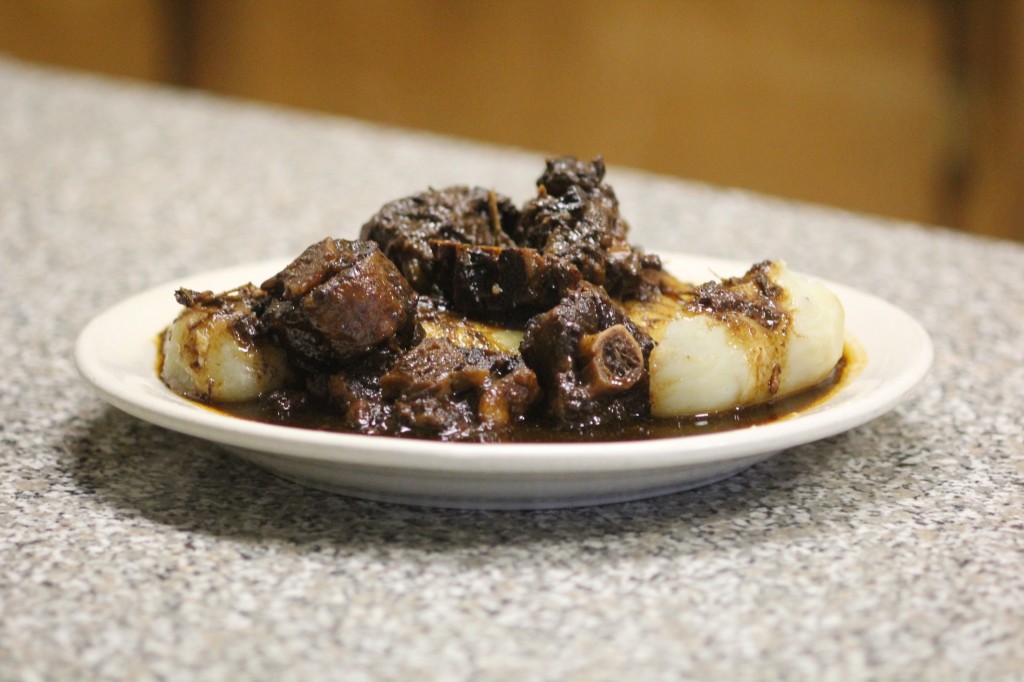 For dessert, we had the Sugar Cakes… basically coconut and sugar. I was sure my dental sensitivity was going to act up while I was eating it, but nope. How could it taste and feel so sugary (it was a cross between the consistency of a marzipan and a fondant) but not hit my tooth nerves? It was a contradiction in my mouth.

We had to have something to drink. I knew it was either going to be Mauby or Sorrel. These are both very Carribbean drinks. If you haven’t had them, you should check them out. I described them in a post last year, and I think I did a pretty good job of it then, so I’ll just link you. I kind of like the Sorrel, but I am not a fan of the Mauby (too bitter), but on a hot day, I can see it being very refreshing. When I asked the guys which was more “Barbados,” they said Mauby. 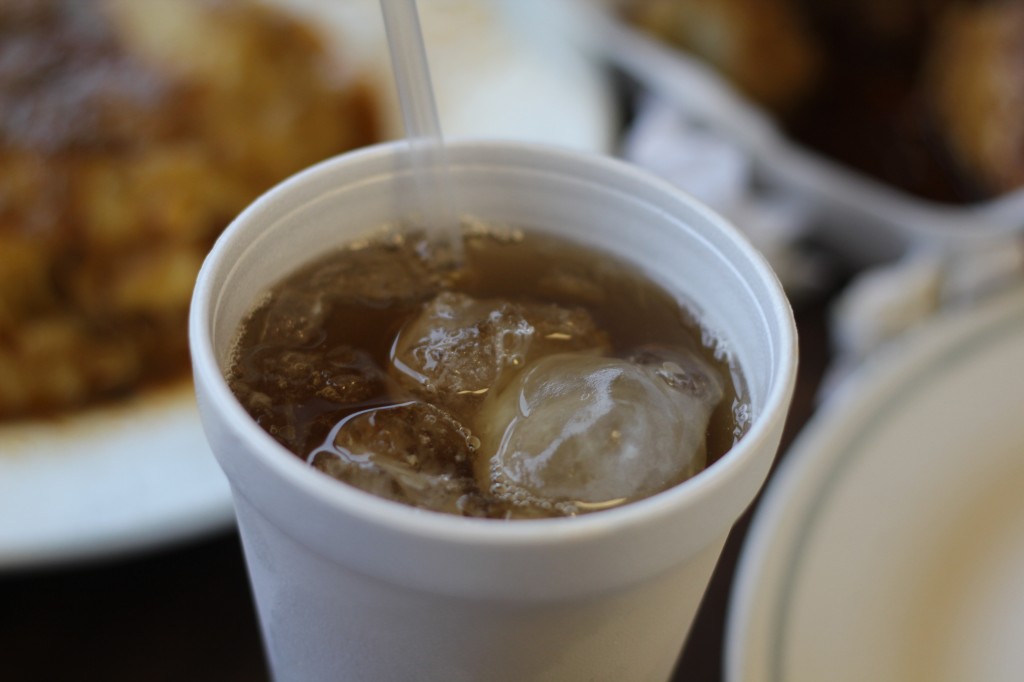 Ken liked it. They make it at the store. You can get it a lot of places, but these guys do it homemade. Because it was a colder, more humid day, the ice hadn’t melted that much, and I felt the drink was a bit syrupy. If the ice melted a bit more, it would gave been perfect. I still wouldn’t have liked the taste, but that has nothing to do with the style of the drink. 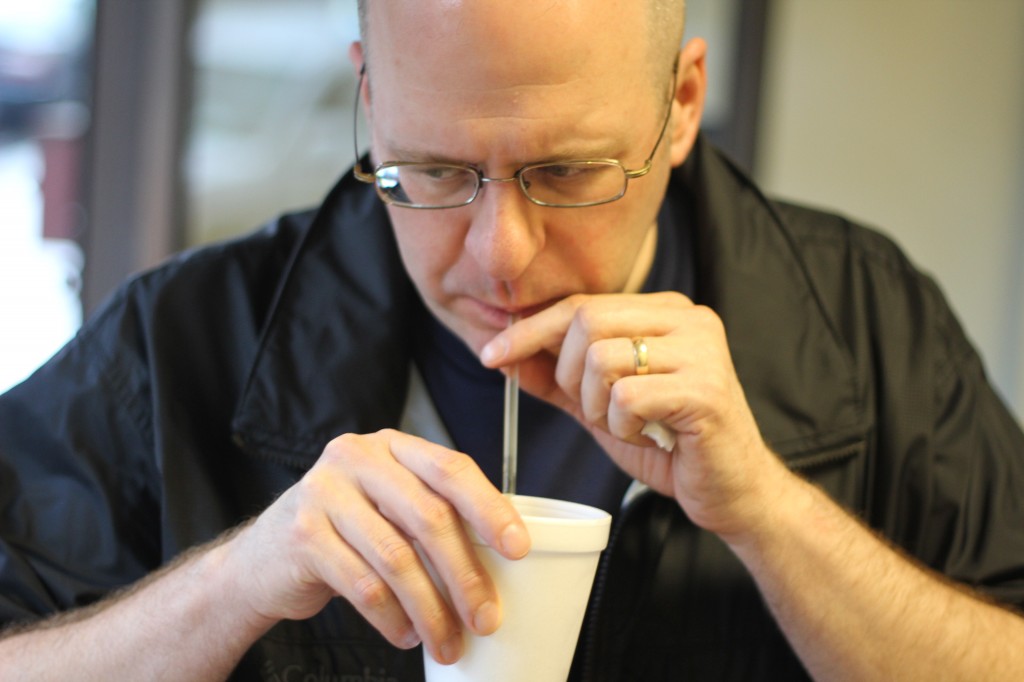 These guys were great: 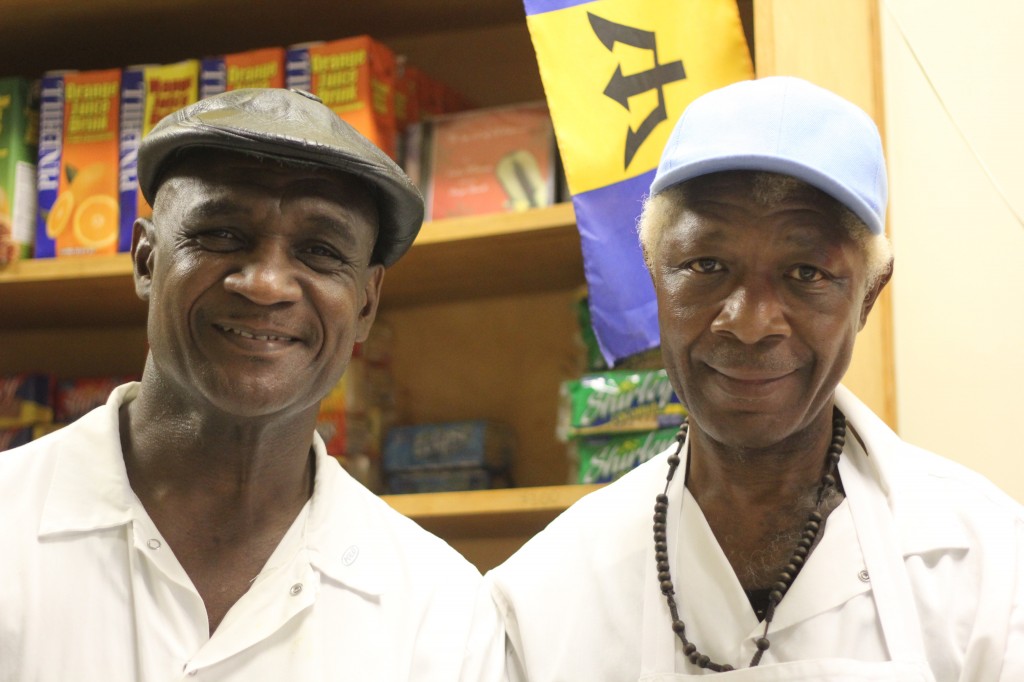 Thanks so much to Hugh and Calston for making our trip to Crown Heights like a string of Barbados holidays!