Obviously, I Tried the McRib 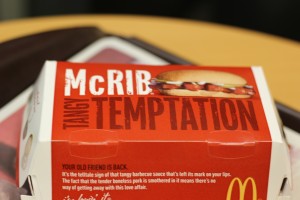 And it isn’t as good as I remember it. Come to think of it, I don’t remember thinking it was good before, but for some reason, everyone is pumped about this. How did I ever happen to board the McRib bandwagon? Now that I think of it, this might be my second McRib experience of my life.

I remember loving the Cheddar Melt. If I heard about this one being back on the menu, I would go in and order it immediately. I think it was the Rye bun that I liked. The Arch Deluxe? It was overpriced. Didn’t they replace the McChicken with a better chicken sandwich around that same time? That was pretty good, but I can’t remember what it was called. It would have been 1996 or so. I just tried an Angus Mushroom and Swiss Snack Wrap, and that thing was goddamn inedible. Mine had about a pint of mayo on it – gross. This one is headed for the discontinued column soon. 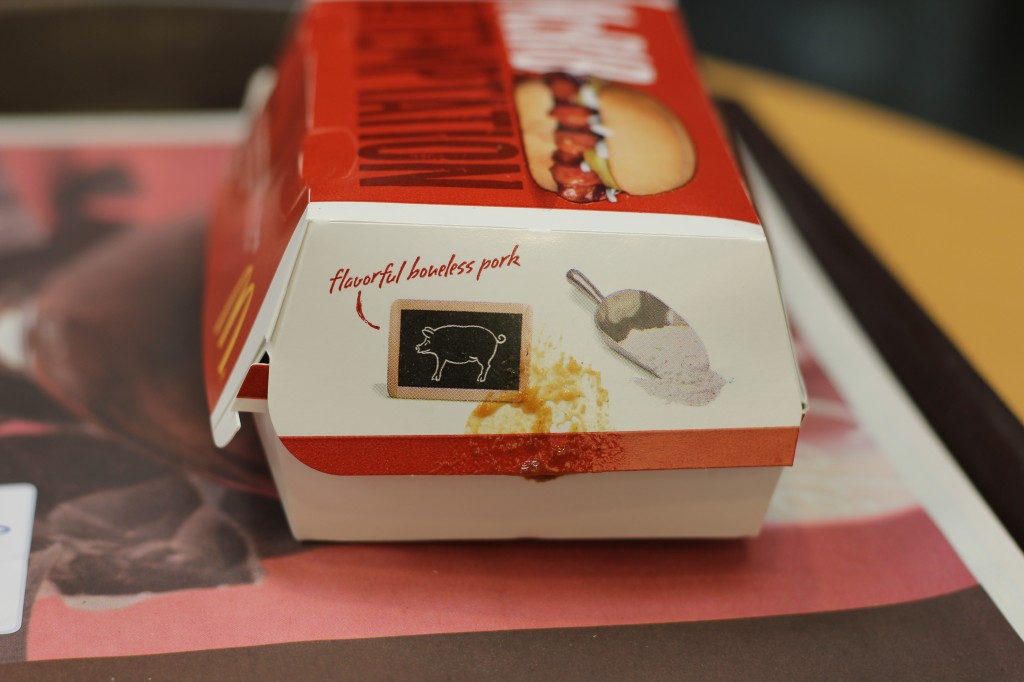 Here’s the Wiki for the McRib:

Since 2005, the McRib has reappeared in late October and stays on the menu for one month. The McRib was released in Canada as a promotional sandwich from March 18 through April 8, 2008. The McRib is presently on some European menus. The sandwhich will be sold again for 6 weeks in the U.S. starting on November 2, 2010.

I’m guessing this article is managed pretty fiercely by the McDonald’s corporation. 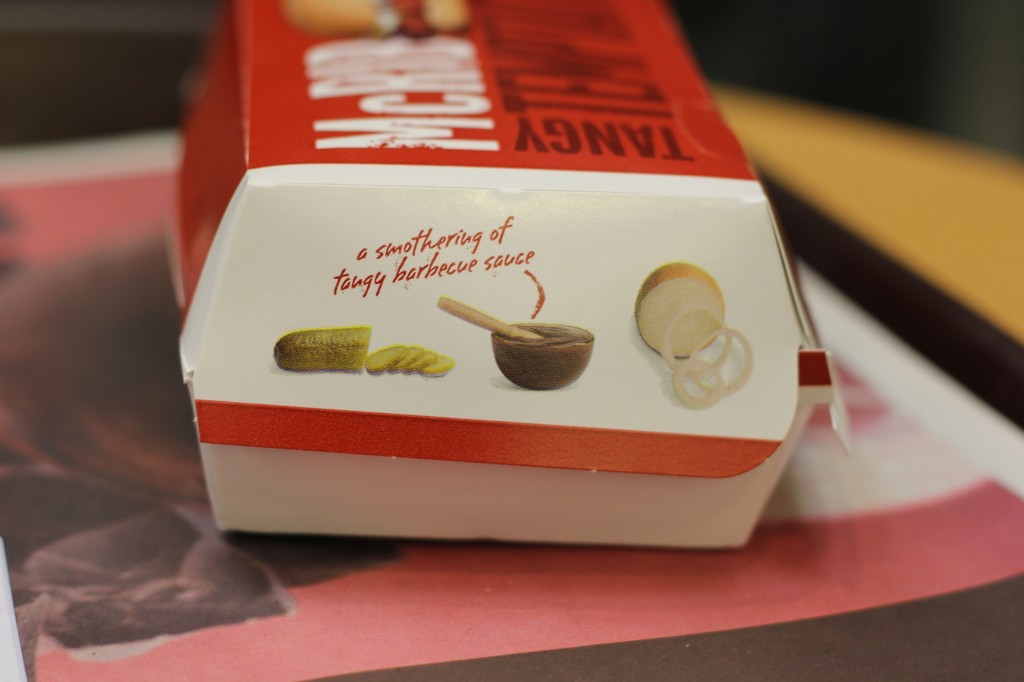 Let’s analyze the tenets of cult of McRib for a second:

#1. Pork – It’s the only pork product on the lunch and dinner menu, besides bacon. I don’t even get bacon at McDonald’s. Tell me the sandwiches on which the bacon comes standard? There’s two of them and I don’t think you could do it without looking it up. I get my bacon from Burger King. How much better is the whopper than any burger McDonald’s makes? My point was that there’s no pork. People have an insatiable appetite for pork these days.
#2. Scarcity – Make anything rare or exclusive and the price goes up. When you kill something, it’s dead, but when you release it in certain places every so often, people keep hearing about it and sites like these start to appear. You start to wonder, “Ooh, what if the McRib comes to MY area? That would be crazy!”
#3 Forgetfulness – Did you not remember how bad this thing was? No? OK, well, see #1 and #2 and we’re going to bring out the McRib again in five years for a little buzz and a sales spike.

Below is an actual picture of what my McRib looked like when I opened the box. 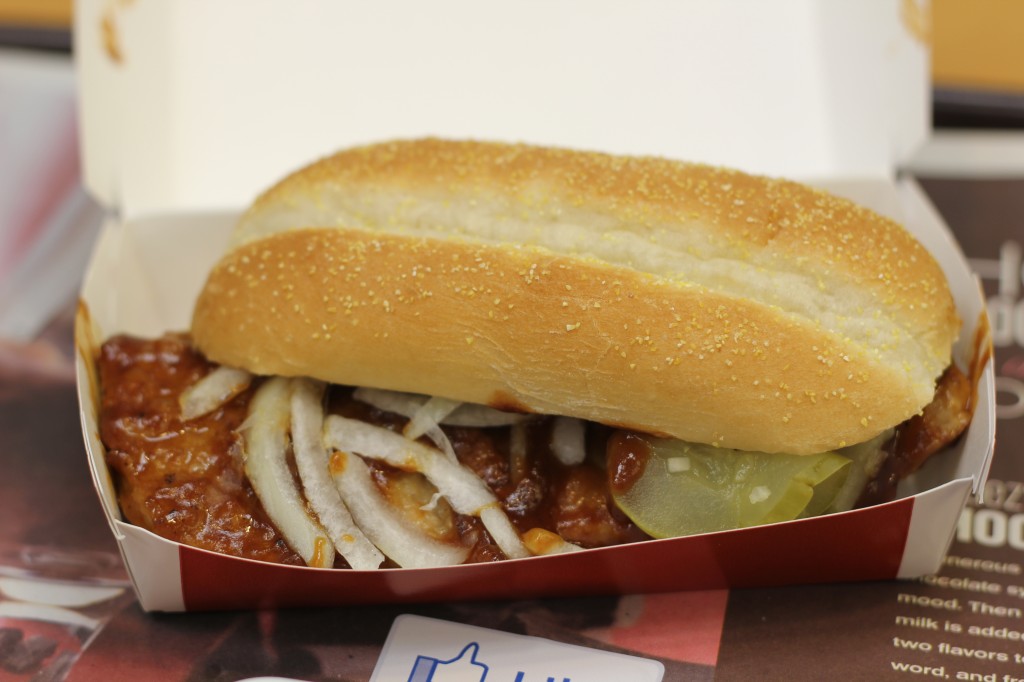 Here’s the rundown on the McRib:

– The barbecue sauce is sweet and tangy, but there was too much of it on my sandwich
– The onions are fresh
– The pickles are a nice salty, sour balance to the rest of the sandwich, but they’re floppy, standard McDonald’s burger pickles
– The bun is fine
– The acutal pork is FLAVORLESS

There is no embellishment in those caps, my friends. That pork might actually be devoid of all natural pig flavor. I felt the need to take a cutaway shot of the sandwich after I took a few bites, but that’s fucking gross, and you’ll never see that on this website. Ever. See how there’s onions on one half of the sandwich and pickles on the other? There isn’t any better distribution under that bun. Obviously, this guy failed Subway Training.

Luckily, I had a backup McChicken. 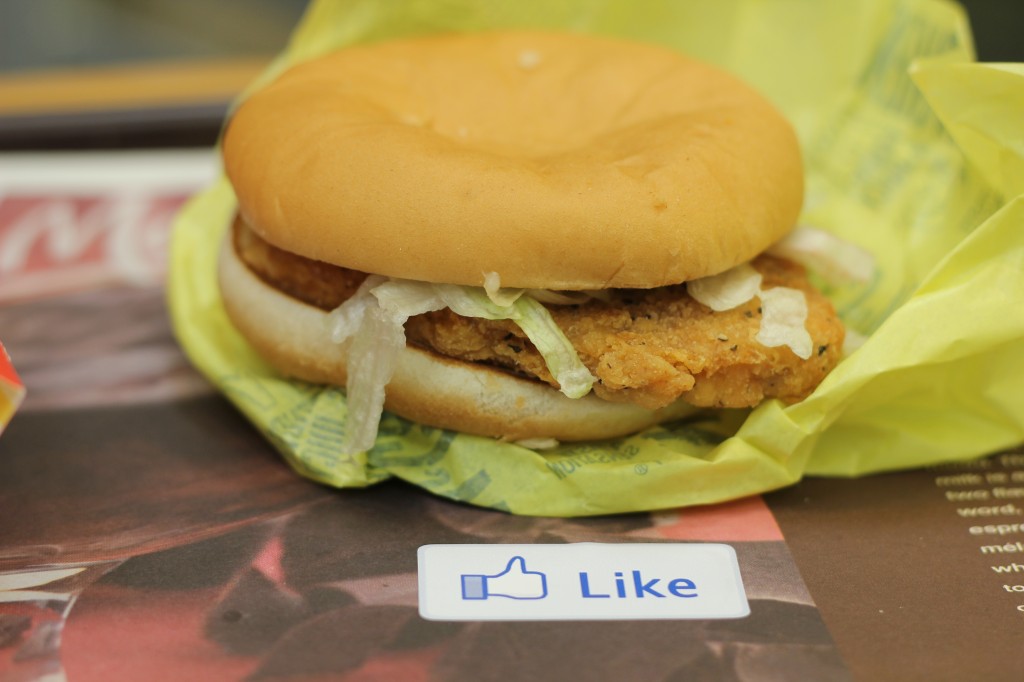 I used to drive into McDonald’s on my way home from a late night at work and grab a four piece chicken McNugget, a Double Cheeseburger, and some fries for $3.24. In NYC, it’s like five something. Bullshit. I just bought four pounds of smoked almonds in Boulder for $16 and I’m bringing them home in my carry on.

I liked the Fries, as you can see. 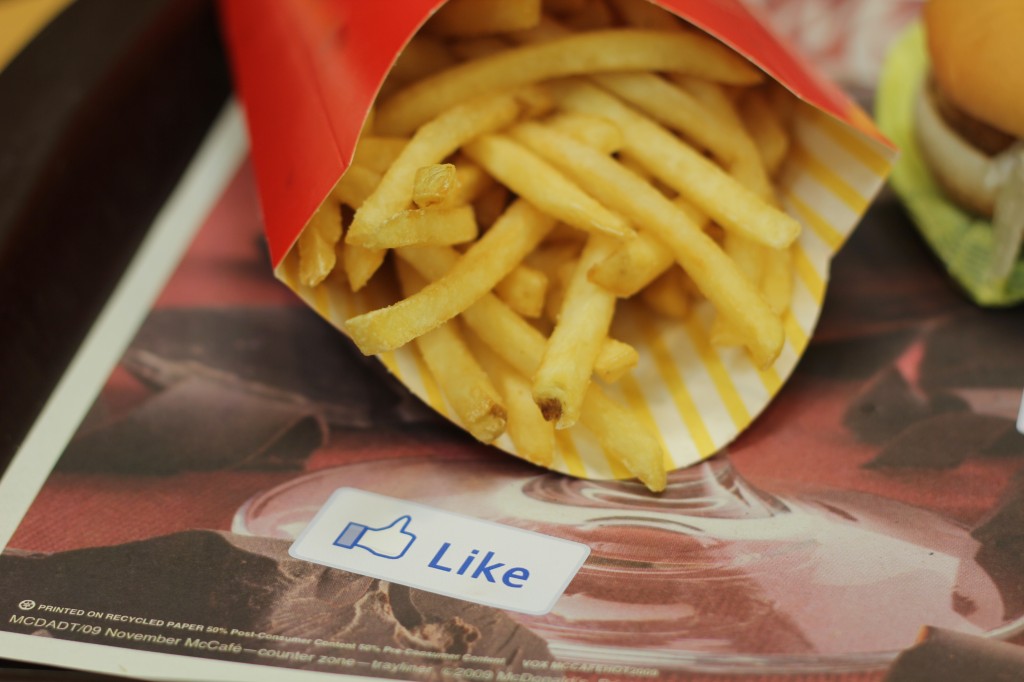 Yeah, I know these things would survive the holocaust ( <- real holocaust survivor pictures there ). I don't care what you tell me - I'm eating them because they're damn tasty. I remember them being awesome when I was a kid, when I was a teenager, when I was in college, and today, they're just as good. I'd leave the recollections of the McRib in your long-term memory, for now.