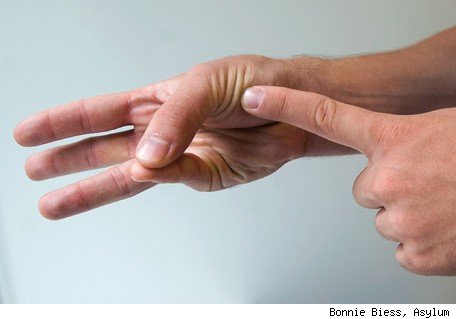 Last week, I wrote a post with a postulation a Black friend had proposed in conversation about why a large subset of Black and African-American people prefer their meat cooked well-done as opposed to the European/American way of cooking meat to medium/medium rare. It was a pretty controversial post, and to this effect, I’m naming this post in a bit more controversial manner (also for SEO – no one searches for “why do most,” “why do some,” or why do many black people like their meat well done”), even though it is obviously not a blanket statement that all people of any race like their meat prepared a certain way. That’s just ignorant.

I received two very well thought-out and intelligent comments, my favorite comments to date because of the care and elegance in which their sides were presented, and I wanted to showcase them in a more public forum, giving their sentiments the space they rightly deserve: 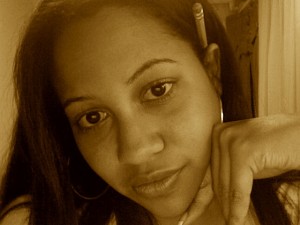 From Asia @ The College Cooker:

Itâ€™s so funny that you said that about the steak, because I didnâ€™t really think white people noticed. My dad is straight from Jamaica, and in my house, we grew up gawking at white people who ate their steak â€œrawâ€ as he called it (anything less than well done). I canâ€™t even tell him I eat my steak medium now (thatâ€™s still the furthest I can go, and I feel like a rule-breaking rebel just for that). He would faint just to hear the words.

Another reason for the â€œovercookingâ€ though, is that in West Indian food, itâ€™s ALL about low and slow. Any Jamaican restaurant you go to will start cooking at 6 am, but not serve food until 11. Everything has to simmer and stew down for hours before itâ€™s â€œdone.â€ Thatâ€™s why most of the meats come in thick sauces. That goat sauce you ate probably took a good three or four hours to prepare. Jamaican food is an all day ordeal, and no self-respecting Jamaican will serve you anything without letting the spices meld in the sauce for at least a couple hours.

And about the beef patties … not a lot of places bake their own patties – itâ€™s very time consuming. Most places will use Golden Krust patties or order them from a wholesale patty supplier in the area. If you want really good, fresh patties, you have to go to a Jamaican BAKERY. Usually they have the same foods you get at the restaurants too, sometimes itâ€™s better. My favorite Jamaican restaurant I grew up going to in New York is Nakisaki. Also important, the best Jamaican restaurants are Jamaican-Chinese restaurants. Thatâ€™s just how it is. Thereâ€™s one of these in Queens and one in Hempstead in Long Island. Jeanâ€™s in Hollis is good too. Try the lemonade! They get a lot of Jamaican celebrities there.

And jerk chicken isnâ€™t supposed to be dry by the way. Thatâ€™s just code for â€œsorry but somebody burnt di food today.â€

As a Jamaican-American this article definitely caught my eye.

You asked the question that I am sure many white people may have wondered in the back of their minds. I have been in many situations where I was the only Jamaican and people around me would seem to flock towards the jerk chicken and fried plantains. I thought it was because they were dishes that have gained the most popularity in the Caribbean diet and were the easiest to understand: plantains are bananasâ€™ sweeter cousin (that take more naturally to being deep fried) and jerk chicken is a slow-cooked, barbecue-style chicken with a potent combination of Caribbean spices. I’ve never considered it to be overcooked.

I did find a lot of American food to be undercooked and under-seasoned. I can’t even tell you the amount of times I threw up in my mouth a bit when someone would take meat, put it into the pan, throw salt, pepper, and maybe some sort of sauce onto it and then serve. That sort of behavior goes against everything I know about cooking. My background in public health would have my mind swirling at the gastrointestinal possibilities.

Good jerk – like the jerk fish I’ve tasted at jerkâ€™s birthplace of Boston City in Portland, Jamaica – is juicy, and the spices penetrate to the bones as the meat is seasoned for twelve hours and slow cooked for about the same duration. I have had a lot of bad jerk; far too much. Probably because of the simplistic translation that many have of the jerking process as it is interpreted by so many people. I have had jerk chicken that was basically barbecue chicken with a kick. I have had jerk whereby a commercial marinade is simply brushed onto grilled chicken. I have had jerk where all the flavor was in the skin, and quickly slipped off much to my frustration.

Good jerk is a labor of love, and like most other things in life, requires dedication to the craft and a good deal of patience. Even though I’ve had good jerk in restaurants, the best jerk is usually found on the sides of the street. Look for a guy with a barrel on its side propped up like a steelpan with beads of sweat on his brow (not in your food hopefully) and who probably serves little else other than hard dough bread, and you have a good chance of getting good, juicy, spicy, slow-cooked jerk. Even better, create your own blend of dry jerk seasoning to be used as a rub applied at least three hours before cooking and lower the flame in your own grill to create your own.

I am using everything in my body not to engage in a public argument with The College Cooker about the statement that “best Jamaican restaurants are Jamaican-Chinese restaurants.” I’ll just add it to the things to demystify through my own systematic assessment with the help of some friends – and maybe foes – to show how silly it is to say that a certain ethnic group has the stronghold on a type of cuisine. It’s like saying Dominicans are the only ones who straighten coarse hair well when it’s simply trending right now and may soon fall from favor. Ethnocentric foolishness that I’m occasionally guilty of, as well.

But, the jig is up. You’ve probably gathered that I’m Black. I don’t consider myself so much “Black” as I do “African-Caribbean American”. I feel like it’s the same as being Irish as opposed to German. To add to that, I straddle the fence on the meat issue. I did become more comfortable with eating medium to medium-rare meat when I broadened my palate, but that happened before I came back to America with any real cognitive memory.

A gourmand from the youngest age, my mother put a lot of effort into making vegetables one of my favorite food groups and showing me the wide varieties of cuisine out there in the world. I agree that Black people may overcook their meats, but I wouldn’t limit this to African-Americans as much as you could make a case for limiting it to people who come from tropical or hotter climates. You do have a point regarding the desire to make sure that the meat provided to their family is cooked all the way through and poses the least risk of getting them sick. I am going to skip the discussions of where people got their food from during slavery, classism, access, etc.

I will advance the position I currently hold, now that I am open to it; I will not eat medium or medium-rare meat just anywhere, I only eat meat at that temperature from establishments that demonstrate their dedication to quality and cleanliness from the time I get through the door. If the place is grungy, I’m going to want my meat well done. If a waiter at a steak house greets me with dirty hands and stale bread, I’ll order vegetables. I find myself favoring medium or medium-rare steaks from Middle Eastern restaurants, Indian restaurants, Korean restaurants, bistros that specify the cut of the meat, and restaurants with reputations for excellence.

To be honest, I think back to my many trips to casual or casually-elegant Caribbean or soul food establishments in the US, UK, Canada, and the Caribbean, and I donâ€™t remember ever being asked how I want my meat done.

Image taken from Asylum Article – Grilling Guidance: Knowing When Your Meat Is Done

Next post: Contestants on The Next Food Network Star Season 6