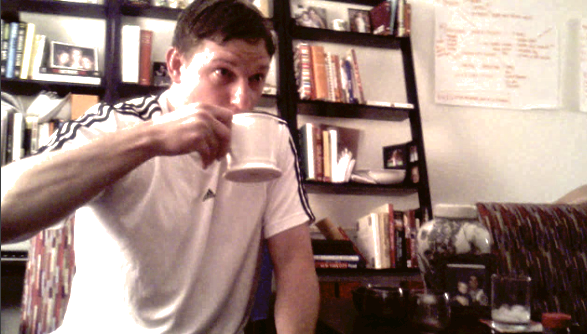 If there’s a food challenge out there, I want at it. I’m always up for trying new things, I’m not afraid of a little spicy food, and if something is the hottest, biggest, meanest, baddest of anything, you know I’ll want to tackle it. At yet another one of Sarah Simmons’ dinner parties, the subject turned to heat at one point in the night, and someone brought up Ghost Peppers.

“I have them.” Sarah nonchalantly commented. She has everything. We had a celery root and mushroom lasagna that evening – you know she has the Bhut Jolokia. The second I heard her say that she had it, I knew I’d be trying one. Here’s the pepper scale: 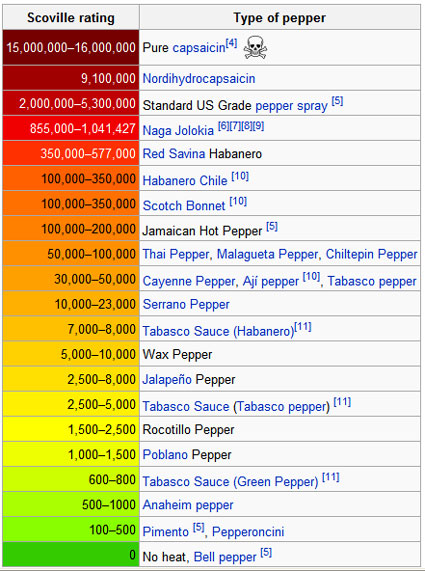 So you can see what I was up against, but like I said before, I’m a spicy food fan. I don’t know if I’d take it to THIS extreme (from Wikipedia):

It is common for people to experience pleasurable and even euphoriant effects from eating capsaicin-flavored foods. Folklore among self-described “chiliheads” attributes this to pain-stimulated release of endorphins, a different mechanism from the local receptor overload that makes capsaicin effective as a topical analgesic.

It’s definitely a rush, but I couldn’t call it euphoric. If you’re even less heat-friendly than I, it might actually be trippy. Of course, I was going to film this. I only had the Droid X for a camera, so I handed it to Matt, and off we went: