Anyone watch any of the Homestar Runner cartoons? I used to look for SBEmails every week but kind of lost interest a few years ago. I don’t know when they stopped being hilarious, but it was a while ago. One that’s worth checking out is fhqwhgads – gotta be my all time favorite.

When I got this week’s submission for Mascot Monday, I immediately thought “I wonder what I’d look like as a Japanese Cartoon?” I’d say that this one was pretty close. 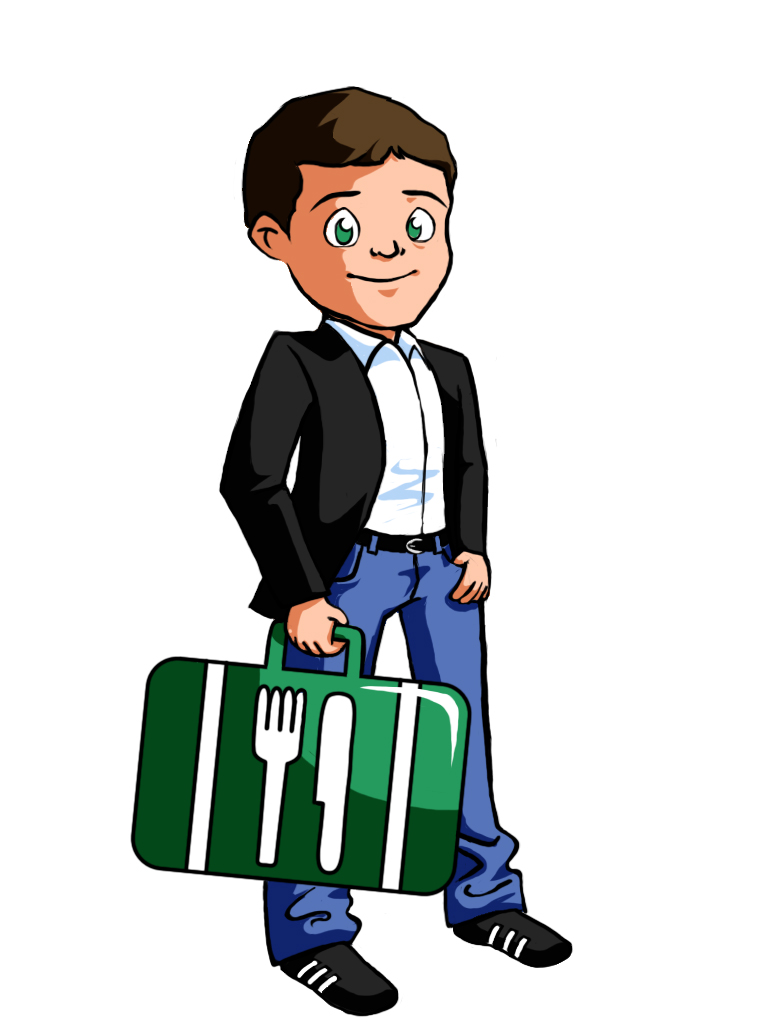 I think this guy looks a bit … slow. And what is he doing carrying that architect’s portfolio? I thought it was supposed to be a briefcase? Maybe he’s a mascot sized version of himself, but the briefcase didn’t shrink. I got another one for next week, the guy looks like he’s carrying a lunchbox. I’m trying to find a clip of the guy who would do the character’s voiceover … I can see this guy in my mind – the voice is somewhere between Puddy from Seinfeld and Robert from Everybody Loves Raymond. He’s got curly hair … I think he’s in a Staples Commercial. I got a week to find it, hopefully I figure it out by then.

This submission was done by Jennifer Yu – she’s got some pretty wild stuff out there. I don’t know if it beats last week’s (I mean, if I can get the guy to stop looking constipated, then we’ve got a good mascot possibility), but I like it.